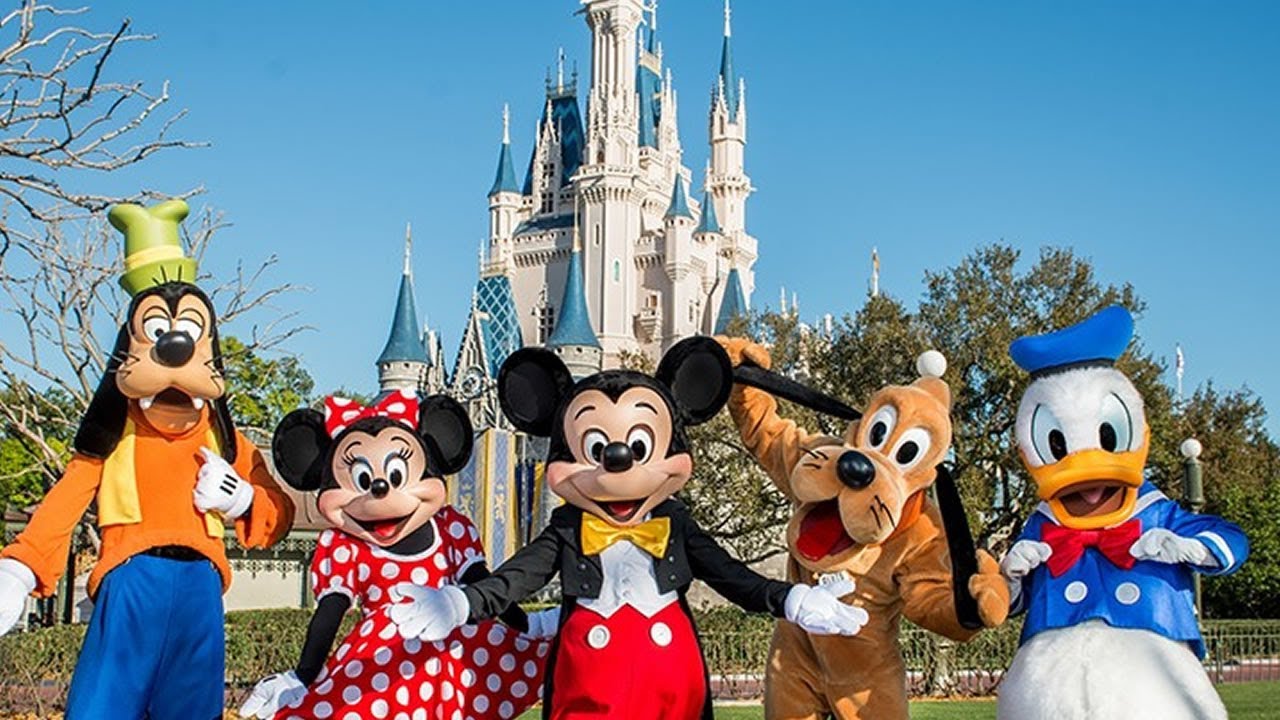 Located in Orlando, known as the ‘Theme Park Capital of the World’, Walt Disney World Resort will be found at the top of the list of best theme park resorts in the world. With its 4 theme parks, all rated in the top 10 in the world, its no wonder Walt Disney World plays host to over 50million guests a year. Spread over 5 resorts, Disney World provides 28 company run hotels and resorts it is more than able to accommodate the many excited guests that flock to its grounds. With the number of guests increasing yearly the resort in constantly expanding and upgrading its facilities.

The Walt Disney World Railroad circles the entire Magic Kingdom and is a great way to take in the spectacular views of the amusements.

Epcot – Experimental Prototype Community Of Tomorrow (Epcot), known to many as a ‘permanent worlds fair’ the park is based on international culture and human achievement. The park is split into 2 sections, Future World and World Showcase. Future World, which is made up of 8 structures each containing attractions, showcases innovative aspects and applications. The 11 pavilions of ‘World Showcase’ are positioned around a man-made lagoon; each represents and is themed around 11 countries from across the globe. Every evening there is a firework, fire, water fountain and laser display.

Disney’s Hollywood Studios – The park, based on film, television and music, is separated into 6 areas inspired by actual locations in Los Angeles. These are Sunset Boulevard, Echo Lake, Pixar Place, Hollywood Boulevard, Animation Courtyard and Grand Avenue. Some attractions to look out for in the park are ‘The Twilight Zone Tower of Terror’, ‘Indiana Jones Epic Stunt Spectacular’ and ‘Disney Music Magic’.

Disney’s Animal Kingdom – The largest theme park in the world, Disney Animal Kingdom is based around zoology and conservation. The park is separated into 7 areas (Oasis, Dinoland U.S.A., Discovery Island, Africa, Asia, Rafiki’s Planet Watch and Pandora – The World of Avatar). Places to visit in the park are ‘The Tree of Life’, ‘Avatar Flight of Attraction’, ‘Na’vi River Journey’, ‘Kilimanjaro Safaris’, ‘Gorilla Falls Exploration Trail’ and ‘Expedition Everest’.