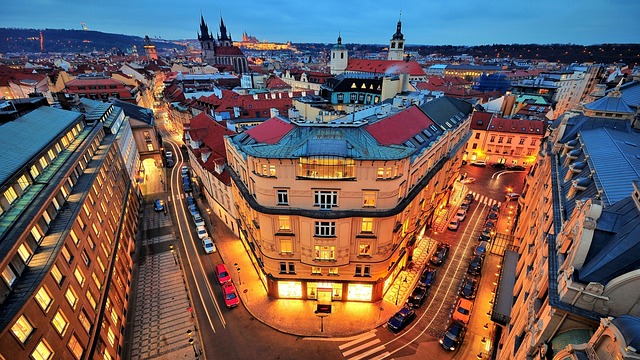 Living in Europe makes it easy to explore a new destination on a weekend break, they key is just to be organised. If you work the standard 9-5, then you could set off on Friday after you’ve finished work, and then you’ll be waking up on Saturday morning in a beautiful hotel or villa in an exciting new destination. If you plan well and are flexible then you’ll be able to grab some travel bargains, just keep an eye out for the best airfares, or train deals. Here are some ideas of European cities you could explore on a weekend break in 2018.

Crete is known for its stunning mountains and fine sandy beaches. Rethymno, Hersonissos, Chania and Matala are popular beaches on this island. Visit the Heraklion Archaeological museum in the port city of Heraklion. The city of Chania is known for its waterfront restaurants, Nautical Museum of Crete, Venetian Harbour, narrow streets and its abundant beaches. You can visit the Neratze Mosque, Rimondi Fountain and Canyon Kourtaliotiko in the city of Rethymno and visit the Mount Juktas and Palace of Knossos in the oldest city of Knossos.

Newcastle upon Tyne is a city in northeast England on the River Tyne. It was a noted shipbuilding hub during the industrial revolution. The Gateshead Millennium Bridge is a symbol of the two cities. A few places to visit here are Beamish Museum which portrays the Victorian, Edwardian and Gregorian lifestyle. The Castle, Newcastle is a 12th century castle and fortress that the city was named after.

Tyne Bridge is over River Tyne which connects the two cities Newcastle and Tyne. A few other places to visit are the Discovery Museum, New Castle Cathedral, Laing Art Gallery, Seven Stories, Ocean Beach Pleasure Park and Angel of the North. Newcastle is famous for having a great nightlife, and there will be plenty of opportunities to immerse yourself in the culture of the area by visiting some of the trendy bars and clubs.

Malaga is a port city on the Costa del Sol which is in southern Spain. This port city has yellow sand beaches, cool cafes, restaurants, boutique shops and museums. Get a taxi from Malaga Airport straight to your hotel, drop your bags, and get exploring! A few places to visit here are Catedral de Málaga which is a 16th century building popular for domed ceiling that soar upto 40m.

The Alcazaba is a palace-fortress from the 11th century which has been restored to its glory. Visit the Museo Picasso Málaga which has 204 works of the great artist. Centre Pompidou Málaga is a modern building and a museum which is an offshoot of the Paris Pompidou Centre. Castillo de Gibralfaro is a castle located high on the hill which overlooks this vibrant city.

Budapest lies on the banks of the Danube River in Hungary. It is known for its public bath houses that are fed by natural hot springs. The Széchenyi Baths looks like a Baroque palace and it is a great place for a relaxing dip. There are many art galleries and museums to wander through and you can even take cooking lessons to learn how to cook authentic Hungarian cuisine.

Budapest has magnificent architecture especially the Hungarian Parliament Building, Fisherman’s Bastion, Hősök tere, Matthias Church and the Hungarian National Museum. Visit the island within the city known as Margaret Island to have a break from the city.

Prague is the capital city of Czech Republic and is popular for its beautiful architecture, inexpensive beer and amazing music. You can attend western classical concerts in churches and this is where Mozart composed some of his sonatas. Charles Bridge links the Old Town and New Town and it has entertainers and street artists along its path.

You can visit the Prague Castle, St Vitus Cathedral, Old Town Square, Wenceslas Square and Petřín Lookout Tower which is taller than the Eiffel Tower. Bottled water is more expensive than the crisp, cold, and refreshing beer so make sure you have a pint or two at the end of your day of exploring this fascinating city.